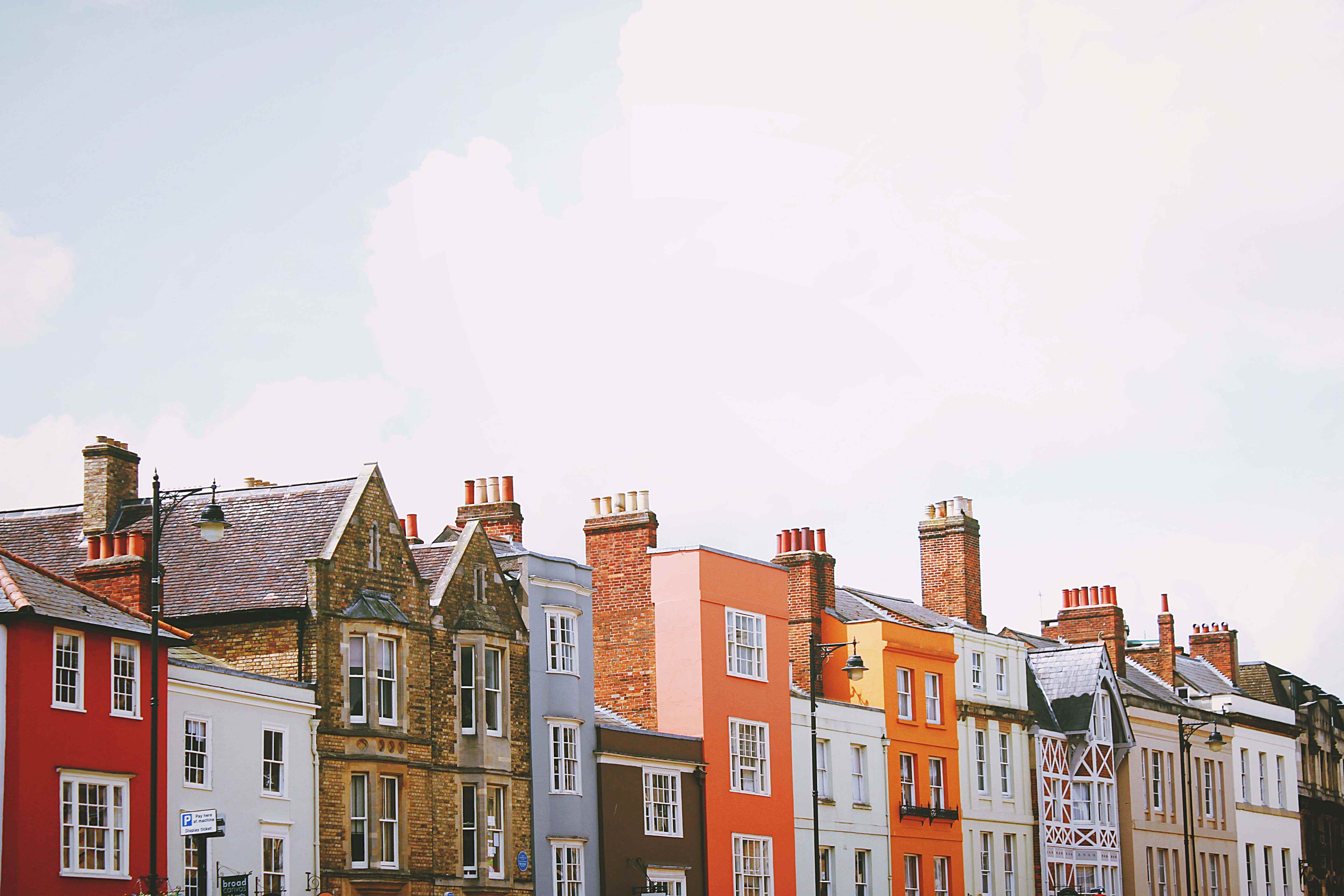 John Watkins Hyatt - Writer of literary fiction living in South Australia. Currently serving a selection of light tales in a retro setting, garnished with a little crime, and embellished with a touch of humour.

My three novels, each a stand-alone story, are set a few decades in the past. I aim, with realism, to give a view of the world during the war years, the 1950s and 1960s, and to reveal the social and other constraints imposed on my characters during these periods. From our modern point of view, and knowing the state of the world during these times, we can therefore try to predict to some extent the outcomes for the characters portrayed.

For example, Making it in Balham is set in London during the late 1950s. Rightly or wrongly, this was a time of great optimism, with financial growth and major development and slum clearances occurring in London and elsewhere. These changes, not always welcomed, caused many people to regret these so-called improvements.

At a deeper level, all my novels deal to some extent with the concept of ambition.

Making it in Balham, set in 1958, portrays Agnes Bracken: ambitious and seeking her goals ruthlessly. She achieves success step by step; but not without some obstacles along the way.

In Doctor Mulecannary, my protagonist George Bradstock works in a humble occupation and it is his wife who is ambitious; she wants her husband to 'advance' with the aim of making more money. She drives him into making decisions that have a profound effect upon the family.

My third novel concerns a young man leaving school in the late 1960s. He becomes immersed in a workplace that has little regard for the health and safety of the employees, and is not therefore a particularly welcoming place for the young school-leaver. Despite these hurdles, my protagonist Terence Thimble still battles through the first few months in his new job with some success. The work assigned to him is not what he expects, but he continues with the firm as all the time he thinks a change for the better is shortly to happen.

Further work in progress includes a sequel to Making it in Balham - Agnes Aspires.... This novel set in 1960, follows the progress of Agnes, along with her extraordinary companion Inga, in Agnes's determined quest for money and recognition.

A new novel called Spies in Battalions is in the planning stage and centres around a family living in wartime London. My elderly protagonist, Elizabeth Little, uses the war to settle old scores with people she dislikes, and this has unforeseen consequences.

Further on the horizon is Fungus. This story is about a family who buy an old county pub that is for sale at a bargain price. They soon discover why the premise are so affordable.

Also coming is The Christening and Painters Three.

Making it in Balham

The characters, Agnes Bracken, Inga Johansson, and Michael Odide are based upon real people who lived in London during the late 1950s. Everyone else is fictional.

Making it in Balham is set in London during 1958 against a backdrop of slum clearance and post war building. There are riots taking place and racial tension is rife.

Despite all this, the Prime Minister Harold Macmillan announced the previous year that most of our people have never had it so good. This sentiment was viewed with some scepticism by the majority of working people, but proved true for the moneyed classes, who marvelled at the growth in the economy; set back during the austerity of the post war years, and now seen to be booming. This sense of increasing affluence generally gave rise to a feeling of optimism as Britain headed towards the 1960s.

We meet Agnes Bracken, at the age of twenty-seven, aware of these changes, but feels left behind. Agnes works as a short-hand typist for a law firm, and wishes for a better lifestyle with the least effort on her part. She is ambitious, and strives to break from her working-class roots through education and elocution lessons. This step however, is difficult. Agnes lives at home with her parents in their old-fashioned house in Whitechapel that is scheduled for demolition to make way for a housing estate. She wants a place of her own, but her wage isn't very much, and she despairs at finding anything within her budget, or even anything she likes.

Agnes’s feeling of dissatisfaction is due to two events that occurred during her childhood. The first of these came about when she, along with thousands of London children, were evacuated during the war. Agnes went to live with a wealthy family in Devon. Their relaxed and affluent lifestyle turned her head, and upon her return to her own family, she at once felt dissatisfied with her parent’s lowly home.

The second major turning point for Agnes was when she passed her examination at the age of eleven, and was awarded a place at the grammar school. There she met girls of her age from wealthy families; girls who enjoyed elaborate holidays, owned ponies, and had access to hundreds of books in the home.

Agnes, again looks on, and wishes the same for herself. She longs for a nice house in a good area; preferably with someone to do the cleaning and the cooking. Why should some people have these benefits and not her?

The seed of ambition is then firmly sown in her mind. Agnes seeks a better life than one of semi-poverty. She wants to avoid the penny-pinching, the scraping, and the just getting by. She shuns the slow grinding poverty accepted without question by her parents, and in turn expected of her. Agnes hates the thought of being poor.

Further to this, Agnes wants to make her mark on the world. Her mark, her stamp; to become someone of consequence, and perhaps even famous.

We then meet Inga who comes from Denmark and is different in every way to Agnes. Inga never mentions her parents, but she is believed to have been orphaned at an early age. Inga briefly mentions her dead fiancé, Berdt, tragically lost at sea. This event, and the ensuing grief, persuades Inga to break with her homeland and live in England.

Inga wants to teach at an English school, but at this she fails because her spoken English is not good enough. Inga works as housekeeper to a mysterious man of business known to her as Mr. Brown. Later, she works at a school, but only as an assistant. Inga does not have very nice accommodation in London. She lives in a share-house in Brixton, and there meets Michael Odide, an African law student.

Despite their disparity, the two women and Michael become friends. Agnes’s life certainly changes after meeting Inga, and becomes more challenging than she anticipates. Several unsettling and mysterious events occur in which we see Agnes and Inga looking for answers.

This is a work of fiction. All characters are fictional and any connection with real persons is coincidental.

A routine visit to his doctor has unforeseen consequences for George Bradstock. During his consultation, he discovers that the doctor’s car is for sale and buys the vehicle. The doctor has however, unwittingly left something in the back that leads George to encounter the mysterious Doctor Mulecannary.

George Bradstock is happy in his somewhat humble occupation. He is a bank teller at a branch of Martins Bank in London. George does not earn very much and this prompts his ambitious wife, Dorothy to urge him to seek promotion.

Eager to please his wife, and having no luck stepping up through the ranks to become manager of the bank, George becomes involved in Doctor Mulecannary’s money making scheme that does not go completely to plan.

While George maintains his faith in the ultimate good intentions of the doctor, Dorothy loathes and mistrusts him; she tells her husband to have no more dealings with Mulecannary.

Just who is Doctor Mulecannary? The man is at first a mystery as he leaves no clues to his identity. Eventually, step by step, George discovers who he really is, but only after some strange and life changing events take place.

The reader can decide whether Doctor Mulecannary is a man of business, a crook and confidence trickster, or a medical genius.

This is a work of fiction. All characters are fictional and any connection with real persons is coincidental.

Britannic Metals is the name of a proud old-fashioned company with traditions still planted firmly in the Victorian era.

This is a historical fiction/retro novel set in the late 1960s and features as protagonist Terry Thimble, who at the age of seventeen leaves the comfortable world of school to start work at this company to follow his dream as a laboratory assistant. Here he meets many unusual and interesting characters, some of whom he will remember for the rest of his life; he has his first romantic encounter, he buys a car and learns to drive and is accused of a crime he did not commit; the young man also encounters a ‘ghost.’ Terry regards all of this in the manner of a spectator at the theatre, but eventually becomes disillusioned and resigns. The story represents ‘a slice of life’ for Terry Thimble and puts over with several quips of dark humour, his ambitions, frustrations, and disappointments when he discovers the work is not as he expected.